It’s a common opinion that AI will never be able to replace humans in jobs that require a great deal of creativity. Writing is a great example because creativity is its lifeblood. From simple, short essays to in-depth, well-researched blog articles, requires creativity in some aspect.

But here’s weird news: a newly developed AI-powered writing system is so good that it already authored 850 news articles in just one year. It’s been writing reports about local football games, tweeting about it, and has the potential to be a game-changer.

So, can tools like these really replace human writers? Can they produce content that’s good enough for digital marketing?

Read further to find out.

The tool that I’ve just described is called Heliograf. It has been used by The Washington Post to cover local news, especially sports-related news, and generate reports for the agency’s website. 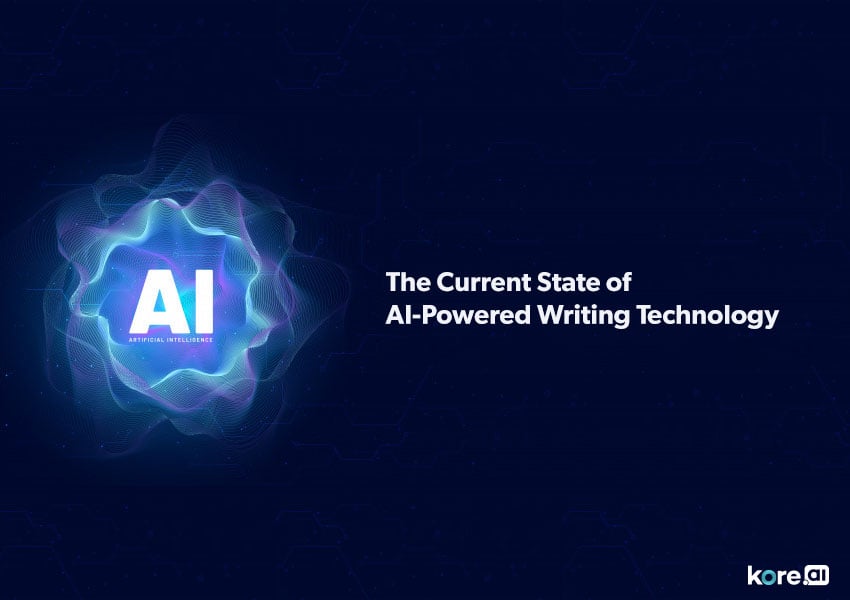 “Heliograf is creating a new model for hyperlocal coverage,” Jeremy Gilbert, The Washington Post’s director of strategic initiatives, said in an interview. “Now, we’ll be able to cover any game that we have data for, giving the teams and fans near-instant coverage to read and share.”

The system has gotten really good at generating summaries of football games, which may not seem much, but is actually a great first step. For example, here’s an excerpt from the text written by Heliograph that you can find here on Washington Post’s website.

Pretty good, right? Even though this text could be richer and more detailed, it’s consistent in terms of the news reporting style and language use. Moreover, Washington Post claims that by taking these stories off the shoulders of reporters, AI will allow humans to focus on more in-depth reporting and research.

As the technology keeps maturing, it’s easy to imagine it making its way to digital marketing and other areas where quality and fast writing is required. However, most of the companies experimenting with AI-powered writing claim that they are not planning to replace human writers, journalists, and reporters, but instead enable them to have more time to write more important stories and develop their skills.

While most of the AI-based text generators are still under rigorous development, some organizations are already taking advantage of the technology. The Press Association, for example, has partnered with new automation experts “to have robots write as many as 30,000 local news stories each month.”

Clearly, the application of AI in writing demonstrates slow but steady progress, and the technology’s future in the industry seems bright.

Besides, at this point, many companies are taking a great interest in applying AI in learning guided human input and generate helpful answers. For example, AI-powered chatbots using Natural Language Processing technology (NLP) are already on their way to transform customer support in many industries, including retail and travel, by providing assistance to customers 24/7.

For example, customers of a hospitality business employing a chatbot can enjoy the following benefits:

There are more ways in which AI-powered chatbots are transforming the hotel and hospitality industry, and they’re contributing to the ability of the technology to recognize human input and generating helpful textual responses.

“The technology that makes all these things possible is called natural language generation (NLG),” explains Keith Simmons, a technology expert from WowGrade. “Simply explained, it’s a specific AI task that involves creating a language based on the input using a special algorithm.”

The algorithm studies the input to define the needed format and style and tries to generate the text that resembles it. The result is a plausible text that while having little value, is still good in terms of style. To maximize the chance of a positive result, the user of an AI-powered writing system would have to collect and organize tons of content.

In addition, the human checkers would also have to train the system to interpret the input as well as how to write a narrative about it. In other words, humans need to come up with detailed guidelines as well as templates to be used by the algorithm.

For example, another notable user of AI-powered writing, The Associated Press, utilizes the AP Style Guide containing “standardized template and guidelines, which are rule-based instructions” for an NLG-powered platform called WordSmith to rely on to generate summaries of financial reports, writes Emerj.

Below is an image of some of the guidelines used by the WordSmith. 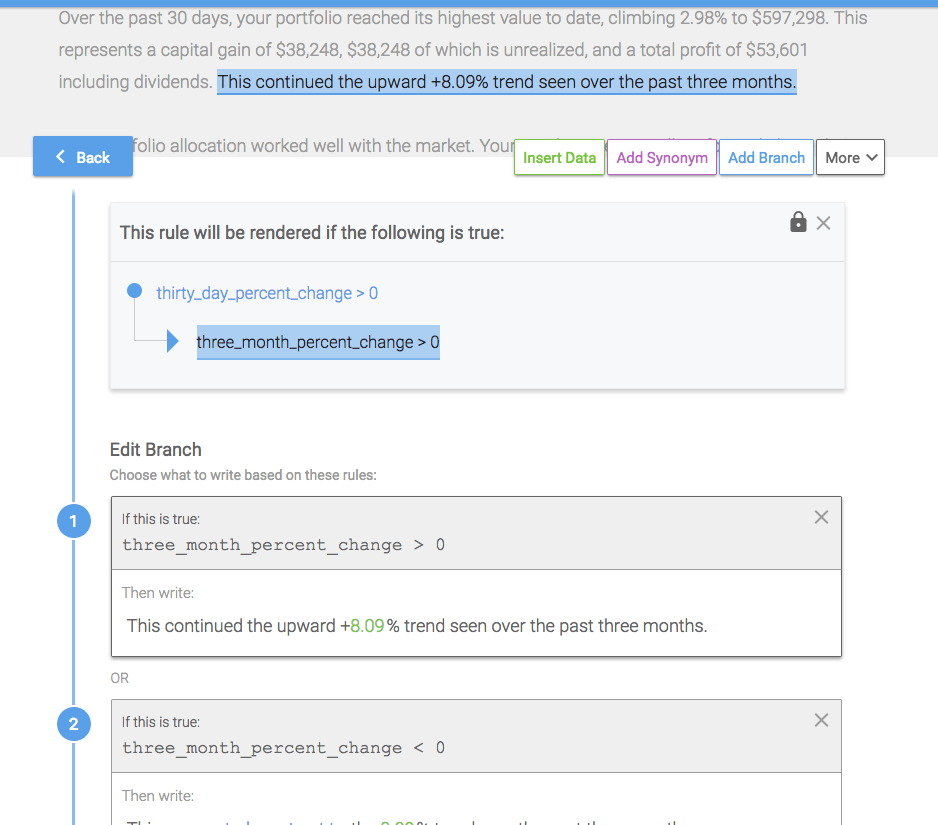 According to the same source, it took two months to train WordSmith to use the guidelines and minimize the number of errors before it learned how to create good auto summaries of reports.

So, is AI ready to replace human content writers? Having reviewed the latest developments in this industry, it’s pretty safe to suggest that human writers shouldn’t worry about their jobs. Yet. Even though AI has gotten really good at generating fake texts that are coherent in the short term, experiments have shown that the technology struggles to maintain an overarching narrative in the long term.

In other words, AI won’t be able to write a novel or another long-form content in the foreseeable future, so writers whose job is to create in-depth, long-term content won’t have to compete with a machine. Besides, AI seems to be good enough at summarizing content for the moment - which is why organizations like The Associated Press and The Press Association are using it.

Writing a summary is a task where creativity isn’t critical, so a well-trained robot might as well do the job. While the robot has demonstrated some ability to generate creative texts, is an AI-written novel something that we should expect soon? Clearly not.

Ross Godwin, a data scientist and a technology specialist, has beautifully summarized the present state of AI in writing as well as its likely future in his 2016 Medium post:

“When we teach computers to write, the computers don’t replace us any more than pianos replace pianists — in a certain way, they become our pens, and we become more than writers. We become writers of writers.”

So, there you have it. Just like chatbots are not supposed to replace human customer support operators but rather assist them, AI-powered writing algorithms will also become assistants and helpers. AI-written content clearly has a future, but its main job would most likely to be helping and assisting humans to create amazing stories.

When these exciting times come, we’ll surely be amazed by the work done by AI. Maybe we’ll even reconsider our position as the only ones capable of creative, engaging content.