Chatbots will power 85% of all customer service interactions by 2020, and the average person will have more conversations with bots than with their spouse - Gartner

Statistics never tell the whole story, but they can certainly help add valuable context to it. The story of chatbots for the enterprise is an evolving one, but as advancements in natural language processing, artificial intelligence (AI), and machine learning (ML) capabilities continue to collide with the way we interact with apps, devices, websites, etc., chatbots will continue to play a vital role in the next wave of digital disruption. And, to quiet some of the skepticism, we’ve got some statistics to prove it.

Why do enterprises need Conversational AI and chatbots

In short, it becomes too inconvenient, too complex, and too impersonal to get work done and do business with the abundance of enterprise and consumer technology. Technology has been designed to help humans, and in some cases it absolutely does, but the problem is, technologies compound on each other, and are not always user friendly, and don’t always integrate seamlessly. The result? Communication chaos, and billions of dollars lost in productivity across industries, suffering customer service, and more. 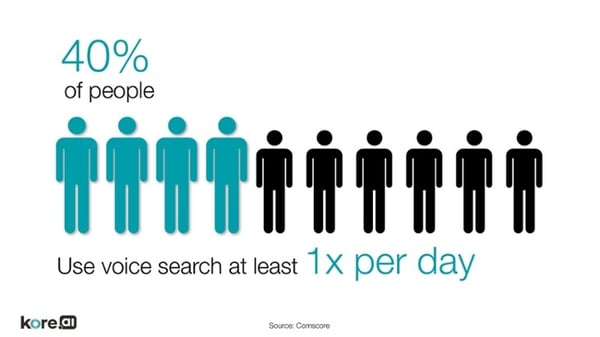 The technological wave is moving toward conversational UI

Obviously, there is plenty of evidence to justify that the app era has reached a point of diminishing returns, but there’s arguably even more evidence that points to not just a shift in the types of technological solutions businesses and consumers invest in, but the way we interface in general with our technology. The Internet of Things (IoT) is moving rapidly toward conversational (talk and text), or natural language interfaces, because it’s simply the preferred way we all communicate now. People are already using text and talk functionality in various ways at work and at home, and adopting it at rates far higher than app adoption and other traditional communication. So it’s only “natural” to assume our tech should mirror life.

The arrival of AI chatbots

The convergence of all of these factors has led to a bot boom at the beginning of 2016, and it’s only picked up steam in 2017. We’re starting to see many enterprises increasingly devote major innovation resources into bots and use them in a variety of ways, a glimpse of which you can get here. And even though the market is growing, it still hasn’t reached its mature phase, which implies the full potential of this technology is yet to be realized.

Learn more about what Kore.ai is doing to contribute to the chatbot story via our enterprise-grade Bots Platform and AI-rich solutions. 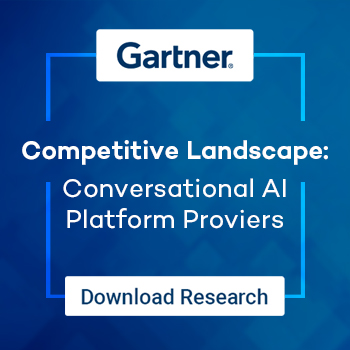